Apple Wants to Ease Access to the Full Stack Developer

Recently, I attended the dotSwift 2016: A European Conference that brings together developers of different orientations with an interest in Apple’s latest language. This conference has to deal with a great challenge which is creating an event commensurate with the Ted Talks for Swift developers.

If you have already reached this reading level, perhaps this paragraph should not exist. Still, I am writing it anyway.

Swift is a programming language that was initiated by Chris Lattner and his team in 2010 at Apple. Introduced to the public during the WWDC 2014 and opened in open-source at the end of 2015, Swift can be described as an alternative to Objective-C.

To be clearer, integrating a myriad of paradigms, Swift was created with a view to providing developer productivity with a simpler and more natural syntax than that of Objective-C.

What is so special about Swift?

At AppStud, we have been using Swift since its early days and have been able to witness its evolution. Along the way, there were no less than 4 major versions within a couple of years. Swift’s primary focus is to develop methods in such a way as to be less wordy and more effective.

For instance, in Swift 2, such a method:

The most stirring theme among this meeting is the server-side in Swift. Nowadays, an iOS developer that handles only the front development (client) needs to acquire a new language if he/she wishes to develop a server infrastructure (or use mBaaS solutions like Firebase) contrary to a Java engineer which may be able to design a client-server app in Java with minimum difficulty.

Through Swift, Apple wants to enable its developers to integrate the back end layer.

At the present time, Swift’s official website involves a section that has to do with its compatibility with a server development. A mailing list is available and the community can freely play a part in the project.

It is worth noting that the swift team relies on active members of the open-source community to coordinate thinking efforts on the subject. The latters have already carried out substantial work that conditions the language technical orientation.

During the dotSwift, I had the chance to meet 2 of the community’s most active members, Chris Bailey (IBM Kitura) and Logan Wright (Vapor)

Among the 4 Swift projects on server development stand out the following:

All of the above suggest approaches to server-side Swift implementation that are substantially similar.

Yet, what can Swift bring other than languages like JavaScript or Ruby?

In answering this question, IBM carried out several comparative tests using a heavy processing algorithm so as to compare the performance of various languages. It seems that : 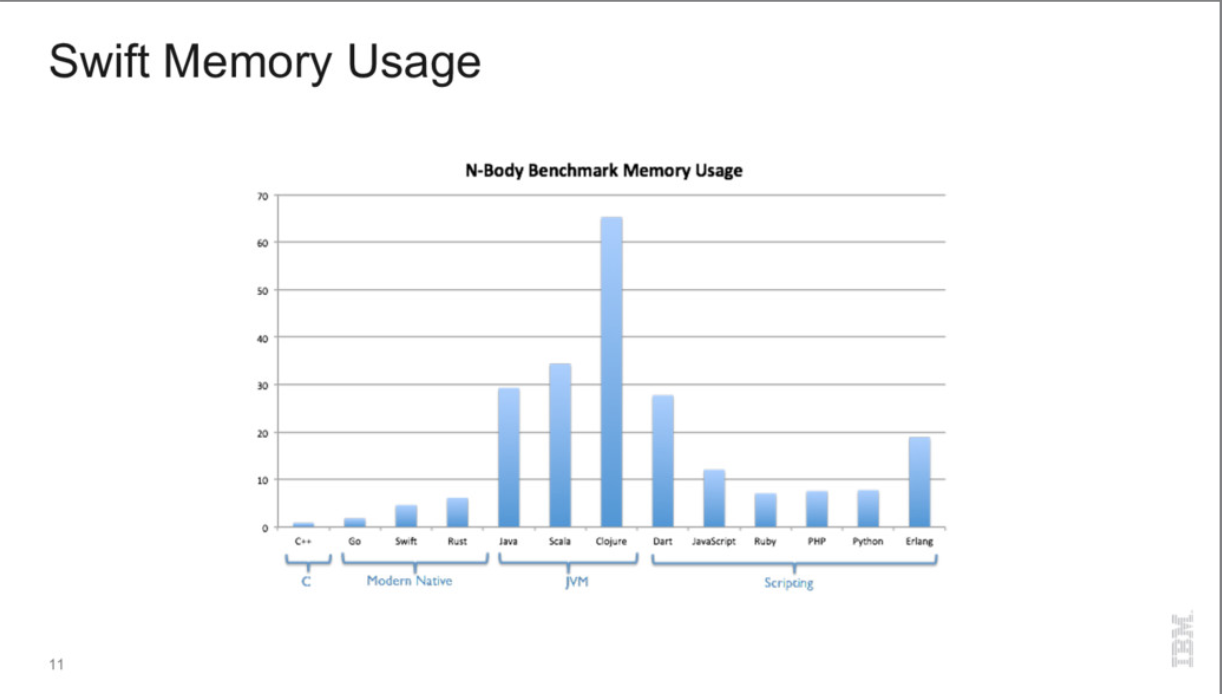 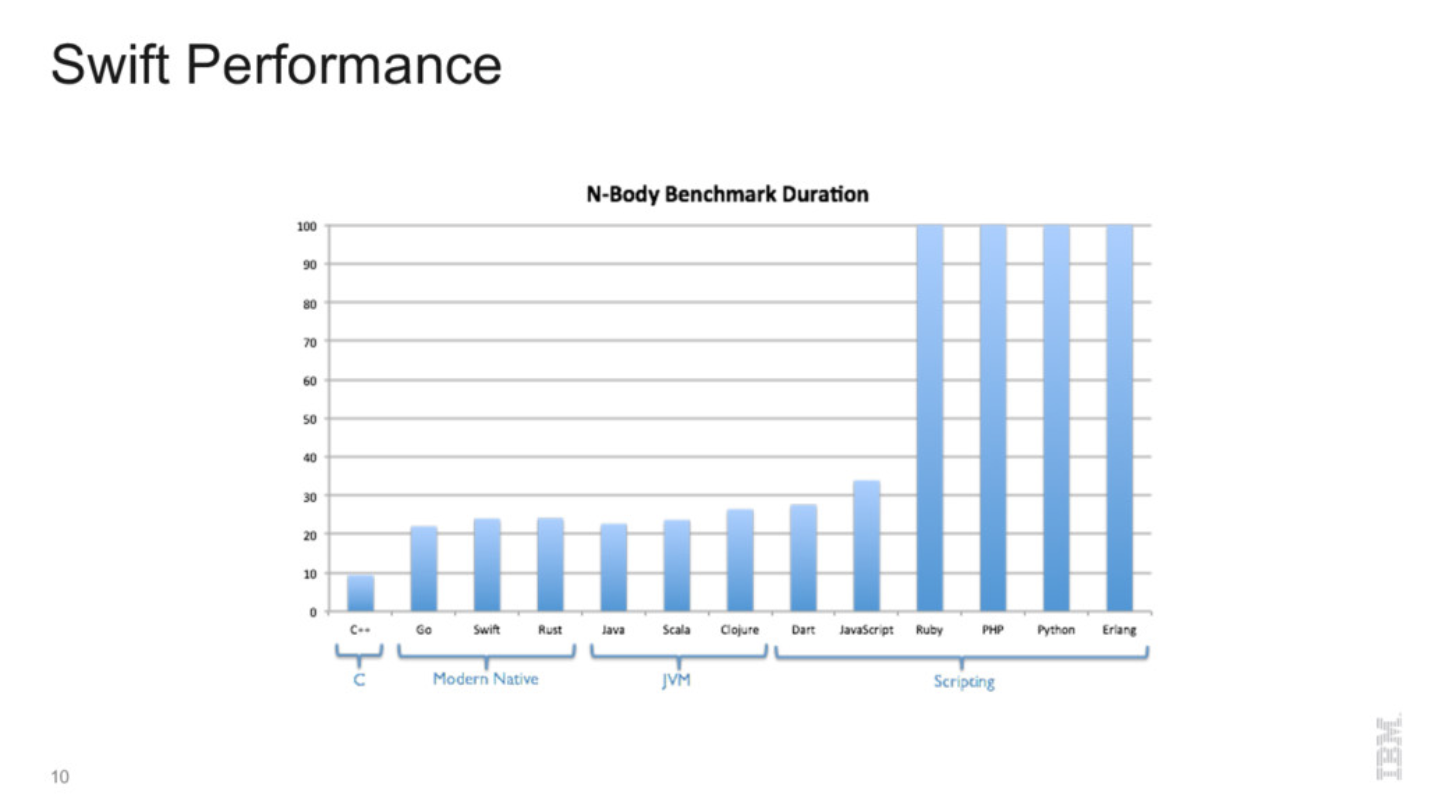 Theoretically, for the very same app, the one developed in swift would require fewer resources on the server than the one in JavaScript. Therefore, it would result in significant savings for a high-demand product, considering the fact that the cloud providers usually charge the memory consumed.

In short, Swift’s open source language allows writing with a better code in a faster way, requires less resources and is natively client-server compatible. What a handsome promise made by Apple!

Where do we stand today?

Over the past two years, Swift has evolved very rapidly and has already started its stabilization phase.

Swift Version 4 is expected for end of 2017 and is likely to improve stability between apps and the operating system while offering a strong resilience between versions 3 and 4.