The major play of Mobile in Sharing Economy

Whilst #1 trend is to be mobile, social and connected, a new business model is growing: the Sharing Economy. It can be defined as the optimisation of existing ressources usage by streamlining costs. People like you and I can join a community in which we can offer or receive one or several services for certain (fixed or not) sum of money.

It seams to be a strategy used by more and more companies, from startups to big corporation which frame those communities. They have (almost) all a thing in common: they provide the service using a mobile app, which advocates the linking and the business equation one-to-one-win-win!

Indeed, Uber or AirBnB we don’t need to define anymore succeeded in defying classic models, for the most of them still anchored in an “unswerving imperialist cocoon-like”. “The client is henceforth more than ever at the middle of the company’s strategy”, he conditions it success and defines its business model.

How these apps work: in 2 clicks, the user is now able to book a private driver, book an house in San Francisco (we like SF), at home, on a plane, at friends’, in a line… He gives his feedbacks, recommends, shares, in other words, the clients is a critic, a marketer, a spoke person and an ambassador of the brand. He feels reassured before he pays. Afterwards, he is confident and will experience the service again.
Web made it possible since few years now. Mobile refined it and made it essential.

Where is this going ? What can we expect for our future ?

Today, we already notice a massive establishment of various startups, using AirBnB or Uber models. The other thing in common they have is the competition they are strongly setting up against existing companies (of either goods or services):

•Gastronomy: Now you can transform your place into a private restaurant by booking a home-chef (instead of going in a real one).
•Human services: If you are not in the mood to bring your pet for a walk, to go to groceries or to clean your apartment, you now have an app for that!
•Cars: Uber or other car sharing for instance (instead of classic taxis)
•Design: Internet platforms like Envato or Five to buy photos, graphs, videos, etc (instead of using a web agency service)
•Housing: AiBnB

By the time we talk “19% of internet users confirm a usage of a sharing economy app in 2013 (…) 51% for 18 to 24 years old in 2014”. Some ideas seek to flourish, yet to be found. Tomorrow, we can imagine that physical and intellectual property won’t exist anymore. We can imagine it’ll be collective property and knowledge. Future might be like a world in which anyone could be an international company. What do you think ? 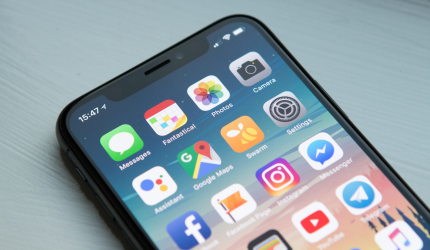