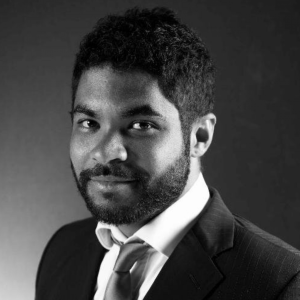 An app brings about functionality. It’s not the simple extension to a web site, but something that acts as a complement to one. There are several apps that can exist for one-and-the-same functionality with leadership in the area being on a “first-come, first-served” basis.

In this set-up, design of an app and the simplicity that goes with it are the real basis of gaining and attracting users and actually keeping them.

Google is currently attempting to bring about an innovative response to a whole new way of designing interfaces through Material Design.

What is Material Design?

Material Design is a metaphor. It’s a revolutionary new language and it’s there to bring interfaces together. Through flat design and animation, Google hopes to make navigation much more fluid, making it intuitive and above all natural. So, it’s all about interfaces that are unique, simple and more than anything innovative.

So, how does it work?

Today, animations happen through the property (width, opacity, etc.) of an object. That object goes from an initial state to a final state all through animation. It’s always linear (swipe and scroll in particular).

Changing light diffusion or depth as well as gravity and the shape or the position in space all become possible. In sum, an object could logically become whatever we want it to become and do whatever we decide it to do. An image could change into a button when a user starts scrolling and then change into text when swiping.

Take a look at this video link to see exactly what we mean:

What advantages from current development trends?

Now, the developer controls a scene. They control each frame of the animation. But, the identity of an object because it can’t be modified means that complex animations are often long processes to create.

The general guidelines of Material Design go something along the lines of each element having its own identity and its own behavior determined by its size, its weight and its role, etc. …

For example, a small button should move faster than a large block of text.

Here’s another example: an element is supposed to continue its trajectory even when it ha gone outside the screen and so not slow down even when it reaches the edge of the screen. That’s so that it appears as natural as possible. The objective is to make animations more natural so as to greatly improve user experience.

Even if Android L plans to be a condensed version of “best material design practices”, there are several initiatives that are already being developed such as the Polymer project (https://www.polymer-project.org/components/core-elements/demo.html#core-scroll-header-panel).

You can find the best means of inspiration and some of the best first attempts at animation here:

Google got the prize for the best contribution to user experience: http://www.androidauthority.com/material-design-award-ux-525912/

The first person to have thought up Material Design is Matias Duarte (https://twitter.com/MatiasDuarte). He’s a seasoned old-time on UX Mobile. He came up with the design for WebOS/Palm in 2008-2009.